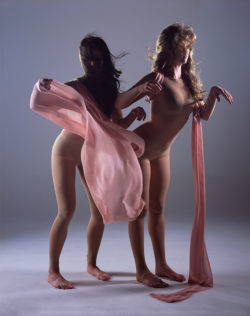 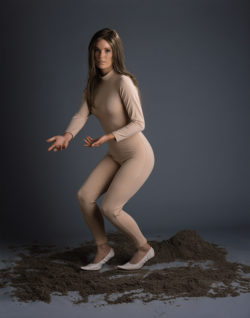 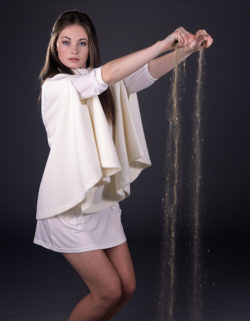 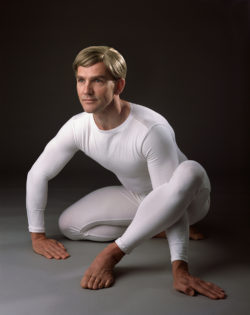 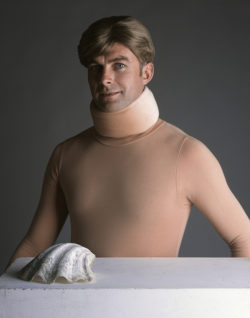 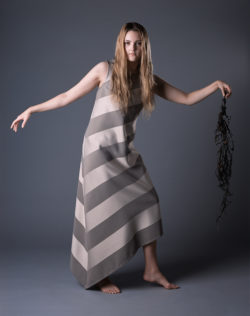 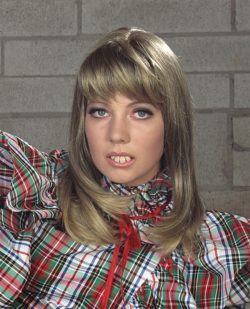 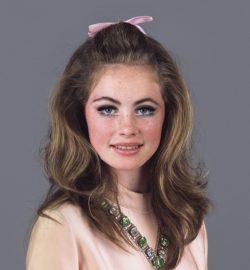 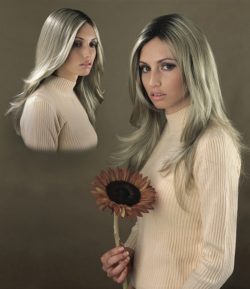 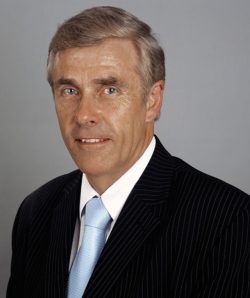 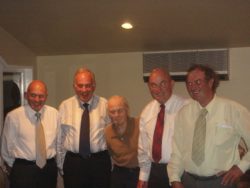 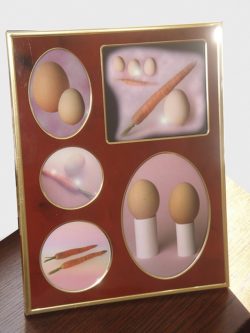 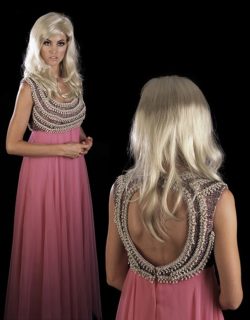 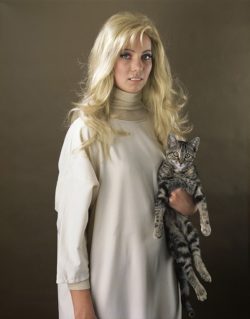 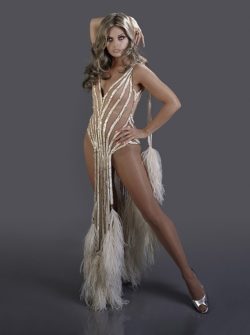 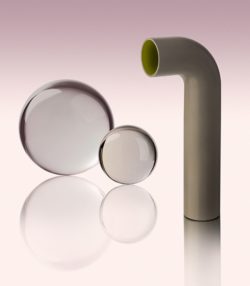 In many of your works you play with an ideal of beauty and artificiality. What excites you about this topic?

My interest is a bit broader than beauty and artifice; I’m really interested in manipulating the conventional and familiar. I feel compelled to create “revised” photographic conventions drawn from advertising imagery, stock photography, catalogues, brochures, corporate portraits, mass-market fiction, religious cults, soap operas, show business, and the glimpses and fragments that resonate in my memory and imagination.

Many of your images seem to come from a past glamour period. Where did you get your inspiration for this and where did you find those costumes and the jewellery?

I was starved of glamour as a child; my parents are both accountants and when I grew up there was lots of discussion in our house about tax. I found escape from this dreary topic in TV shows like The Love Boat, Falcon Crest, and televised beauty pageants. I’m not necessarily interested in re-creating looks from the past, but rather in creating specific and highly realised characters that have a personal sense of resonance to me.

The costumes were purchased from dealers in America who specialise in vintage couture and celebrity clothing. I’m interested in specific designers. At the moment, my favourites are vintage Valentino, Norman Norell and Madame Grés. I went through a Bob Mackie phase about five years ago. He designed the glamorously reptilian ‘Female Study (Gold)’ gown. It was originally owned by Whitney Houston. Some of my other gowns also have celebrity provenance, though that’s not necessarily what draws me to them, but it does make for an interesting piece of supplementary information.

Can you tell us something about your still life images that sometimes pop up in between your series. Are they a means of reinforcing the artificiality?

I’m interested in juxtaposing objects with people to form provocative, yet uncertain relationships. I also love viewing slick, highly produced product photography, so I borrow from that a bit, although my “product shots” generally feature an array of useless, meaningless merchandise. This ‘merchandise’ includes soft focus carrots and eggs, asthma inhalers, and plastic plumbing pipes with anthropomorphic qualities. I’ve also photographed processed cheese, which appeals because it looks more like an inert plastic compound than actual food, paired with a syringe of pink Q-Tol lotion (a cheap antiseptic cream). There’s also a puddle filled with methylated spirits, and ecological detritus such as pinecones and driftwood. Advertising product shots interest me because whilst they suggest an artificial world of perfection, they are ultimately transient, with short lives, like butterflies.

Could you tell us something about your series “Seahorsel”, which is currently showing at the Centre for Contemporary Photography in Melbourne. The teaser image on your website for this series differs a little from the typical portrait style you often use.

Seahorsel is a new series of portraits of men and women that investigates the perception of movement. Within this series, I’ve assembled a diverse assortment of people who share a sense of relationship and connectivity through ‘illogical actions’ inspired by Martha Graham, the high-energy 1960s fashion photography of Richard Avedon, Marcel Marceau’s ‘mime-o-dramas’ and the motion-capture of Eadweard Muybridge. Erratic behavioural mechanisms and scrambled frequencies are imbued with elements of both frivolity and blankness. The movements allude to a communal (perhaps unhinged) state of mind; the execution of obscure processes; the carrying out of unnamed and unknown tasks. To feed this sense of the indiscernible, the action takes place amid a selection of beach detritus, so there’s sand, seaweed, a large seashell, a seagull, and a wet rag. Yes, it’s different from my typical style; I wanted to produce something that had a more experimental quality. But it’s new work and I haven’t yet fully digested the implications. It still inhabits a nebulous zone in my mind.

You don’t really often do photos of men. How come? Do you plan to do a series that deals with the topic of men again in the future?

I was interested in feminine glamour for a long time before photographing faux business executives for ‘The Wall of Man’ series in 2009. After years of photographing female subjects, I wanted to try something new. I was inspired by the corporate portraiture of senior male professionals, the posed and dignified images that exist in the executive suites of company headquarters, in boardrooms and offices, and in the pages of annual reports and investment prospectuses. Photographs that are the manifestation of ambition and status, the archetype of success. I also liked the challenge of not being able to rely on wigs and makeup and costumes as I did with my female portraiture. Therefore, lighting, expression, and posture alone would be used to convey specific psychological properties. And yes, I intend to investigate male subjects again in the future. I don’t currently know when or how, but there are some men in the new Seahorsel series, wearing wigs and unitards this time around.

Can you tell us something about the photo titled “The Men of the Todd Family” from the series “Dawn of Gland”? Are these men all family members of yours?

Yes, I took this snapshot at a family wedding in 2008 of my father and his three brothers. The diminutive gentleman in the centre is their cousin Gilbert. He was a photographer who operated a camera shop and portrait photography business in Matamata, a rural New Zealand town, for 47 years. Gilbert was an inspirational figure to me; he was an obsessive photographer and left an archive of many thousands of photographs, mostly of tractors and farm machinery, landscapes, sunsets, steam locomotives, tourist attractions, farm animals, and anything Christmas.

Some of your photos are self-portraits. Are these photos a way for you to deal with your own self-perception. A way of concerning yourself with the impermanence of beauty?

My self-portraits are about historic bit-parts, real-life people who I feel compelled to become and inhabit. They represent my interest in life’s peripheral characters: Larry Fortensky vs. Elizabeth Taylor, for example. They aren’t a comment on beauty as much as my interest in the irrelevant and obscure.

I found a quote from you where you describe your work as “a rainbow of affliction”. What do you mean by this?

That my work describes a colourful spectrum of disconcerting physicality and associated states of mind.

Yvonne, thank you for this interview.