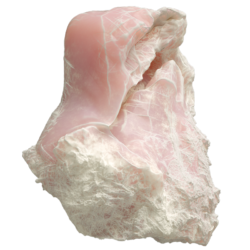 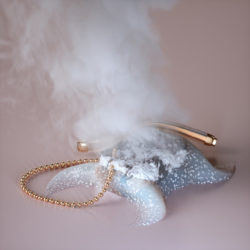 Oliver Haidutschek (b. 1976) creates ‘meta-objects,’ works that appear to be photos of physical objects that are neither paintings nor sculptures, but rather biomorphic forms digitally created in direct relation to contemporary culture’s habit of instant consumption.
Living in Beijing, Haidutschek’s work challenges the traditional manner in which the meaning of an artwork is shaped and how the context of its presentation informs its significance by exploiting the proliferation of images across social media.