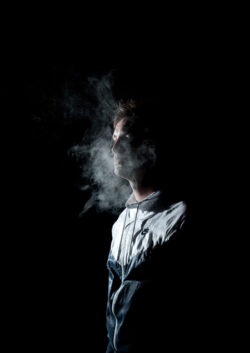 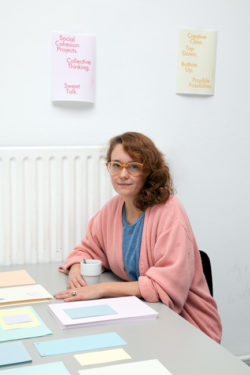 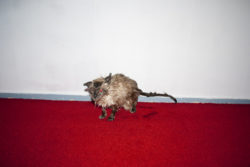 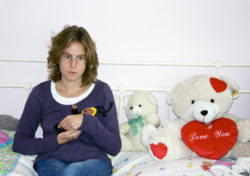 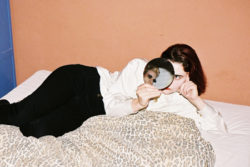 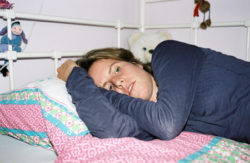 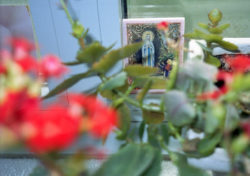 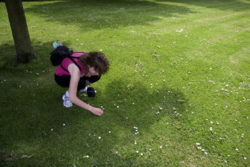 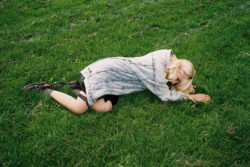 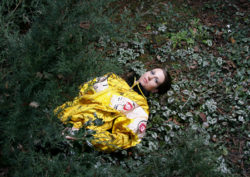 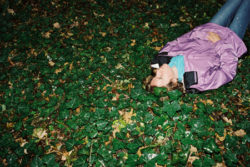 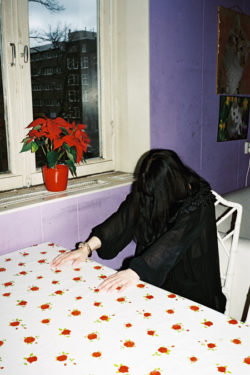 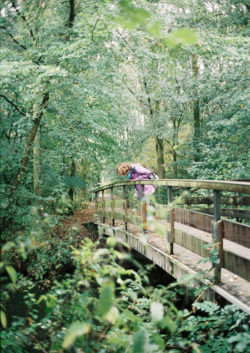 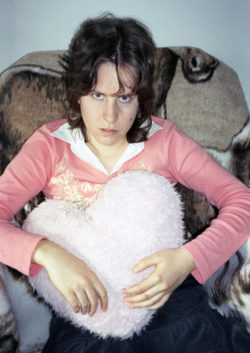 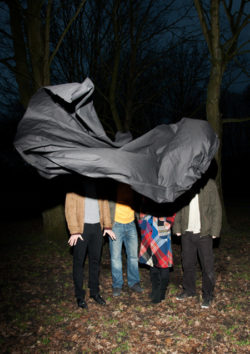 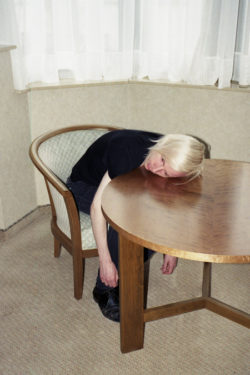 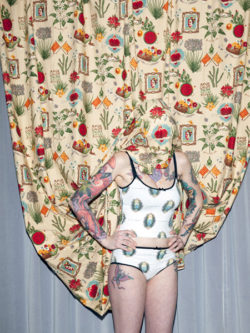 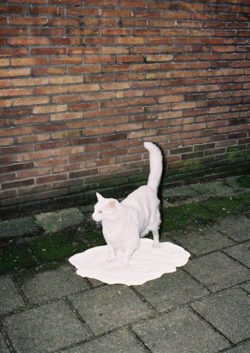 In your series “Apoptosis” and “Liefs, Melissa” you document people suffering depression and suicidal thoughts. How did you come across this topic? What interests you in this subject?

Depression and voluntary death are subjects I have been interested in ever since my teens. I find it really strange that, in most countries, you are not ‘allowed’ to die. This is maybe the most personal and intimate experience you will ever have, but in the case of a voluntary death, it is not you, but the state who decides. Not so very long ago, suicide was even punishable by law. We must learn to accept that there can be circumstances in which an individual decides for himself, in his right mind, that life is not worth living.

Was it difficult to get in contact with the people you documented? I imagine many people don’t want to talk about their depression and would rather keep it a secret.

It was indeed difficult, but this was something I was prepared for and something I completely understand. It took me about two or three months to find three people who understood what I wanted to do and agreed on working with me on this project. Depression, let alone a death wish, is a very intimate subject, and there I am with my camera wanting to make your life public. But the aim of my documentary is to create more understanding for people living with depression or a death wish. They’re not taking ‘the easy way out’, they’re not ‘crazy’ and the least we can do is to make an effort to see life through their eyes. On the long run, I am hoping for better regulations on euthanasia.

How did you perceive the attitude of society towards the depressive and suicidal thoughts of the documented people?

I haven’t really found out what exactly this attitude is. Reactions to my documentary have mostly been appreciative. But I know from talking to Melissa, for instance, that she was told time and time again by her psychiatrist that she was too young to die, that her death wish would someday go away or that maybe they would find a cure for her disorder. But her wish to die was continuously there for years on end and she felt she wasn’t taken seriously. There’s no need to say she experienced this as very tiring.

Melissa committed suicide during the time you made the photo documentary about her. How did you experience this situation? Were you unsure about publishing the photos?

I was incredibly sad when I heard she’d died, but I also knew how much she had wanted this. Of course there is a period of grief and sadness, but I am at peace with her passing. This is what she wanted. I’ve never been unsure of publishing the photos. I talked about publishing with Melissa several times and of course I would never have published them if she hadn’t agreed on this. After she died and the time came for me to realise this also meant the end of my documentary, I was more concerned about what it would be like for her family to see these photographs. But they experienced having all these photos of her as something positive, which was quite a relief for me.

Can you tell us something about the “Drugs” series? How did you contact the pictured people? Was it just as hard to find people who would let you take pictures of them while they were high?

The people I photographed were friends or friends of friends and actually it wasn’t that hard to find some people that were willing to participate. The funny thing was that I shot this in the studio of the art academy where I was studying. But shooting this at the academy meant that we had to shoot on weekdays. So I had to ask people to take drugs, let’s say, on a Tuesday at noon.

How was the reaction of the public towards the photos?

The concept behind the series was that I did not want the viewer to know what was going on in the photos until I told them. (Hence the straight forward portrait style, the studio lighting and the white background.) And this is exactly what happened. Most people have pre-assumptions when it comes to drugs, an exaggerated picture of what a person on drugs will look like. In general I got really positive responses to this project; I guess a lot of people thought it was quite funny.

How did the depicted persons react? Was it funny for them to see what they look like “stoned”?

I think it must have been. But I think the experience of being on drugs during weekdays and daytime must have been even more memorable. You’re walking around in this art academy full of people you don’t know, who are just doing their daily stuff, instead of partying with friends. I remember feeling a little uncomfortable seeing them leave after the shoot. I’d walk them to the bus stop, ask them if they we’re gonna be alright, and off they went. But some let me know afterwards that they’d had a great afternoon, haha.

Do you plan on working on the above mentioned topics such as depression or drugs again in the future?

I’m still very pleased with the drug portraits project but I’m done with that now. I have said all I wanted to say, basically. The human psyche, however, is obviously a much ‘bigger’ subject and has so many fascinating aspects. I’d definitely like to work on the subject of psychiatric disorders again in the future.

Let’s talk about a completely different topic. Could you tell us something about the photos you took of designer Nicole Martens? How much of the setting and clothing was arranged for the image? Or does she really work in such a perfect colour-coordinated atmosphere?

Believe it or not, but she actually does! Very little was staged for this portrait. The photo was taken in the studio where she works, and the table she was working on was full of these neatly arranged piles of coloured paper. I took these piles of paper and placed them all on a different table with a more quiet background. She then rearranged them again herself. The colours of the clothing she was wearing were the same as the ones she uses in her designs, but that’s just what she happened to be wearing. It often happens that I stage more than just changing the background by switching tables but I guess sometimes reality just gives you all you need…

Are there any plans for the future that you’d like to talk about?

I’m not really ambitious in that I want to work for specific magazines or something like that, but I just sincerely love creating images. I love my job. Getting better at it is the only plan.

Isolde, thank you for this interview.