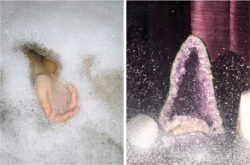 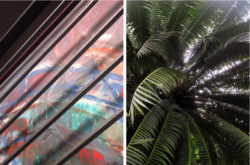 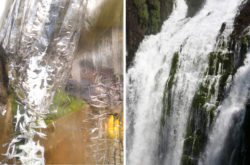 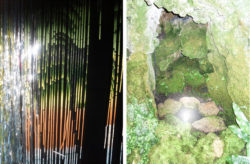 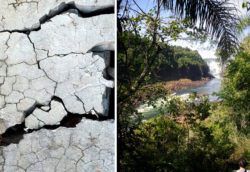 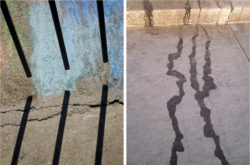 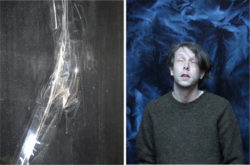 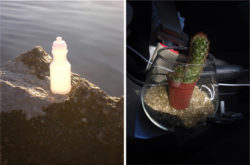 In many of your photographs you present nature in between artificiality and kitsch. What is your relation to nature? Do you like it, do you miss it when you are living in the city? Do you think we have a disturbed relationship to it?

I’m from Chicago and currently live in New York, and in both cities one’s experience of nature is almost always mediated to some extent by man-made elements. Nothing ever really feels untouched. On a personal level, it’s maybe not my ideal, but as a photographer, I’ve found that it can lend itself to interesting imagery. People’s attempts to manipulate or replicate natural environments can be so off-point and over-/underwhelming that they become sort of surreal; and at the same time, nature’s response to these impositions can be really interesting, too – the way it acclimates itself to whatever it encounters, and how it can end up gradually changing or overtaking those man-made elements. I think these ideas are definitely reflected in some of my images, but I should say that I don’t intend for the work to come off as cynical or moralizing. It’s much more about observation, responding to the nuances of one’s surroundings, than it is about making some larger point about the environment or something.

Untouched nature is really rare in most countries these days. I think there are so many people who have never been in a more or less untouched or wild place. By contrast, the number of people who are actively maintaining a digital social life is growing rapidly. What do you think about this process of transforming the cultural and social life more and more into the digital? This process affects visual communication and aesthetics in a massive way. How do you see this development?

I don’t think of those developments as being good or bad – it’s really just the natural progression of things. I mean, the ubiquity of digital technologies is one of the defining aspects of our culture – it’s altered and shaped our sense of reality – so the art we see and make must somehow reflect it. That’s not to say that an artist’s work isn’t contemporary unless it utilizes or directly comments on digital technology; it’s just to acknowledge that even when technology isn’t the subject of artwork, it still ends up influencing the way artwork is shown, disseminated, and perceived. As far as my own work goes, like I said earlier, I do think that some of my images lend themselves to this conversation of what is and isn’t natural, but it’s really not a matter of my putting across (or even possessing) an opinion on the subject. I just want to be an artist of relevance to my own time, and as digital technology is part of my reality, so will it inevitably be part of my work. (As a side note: anyone who’s interested in the natural/digital conversation should definitely check out Nicholas O’Brien’s work, which looks at how and why landscape imagery has remained relevant in the digital age. http://doubleunderscore.net)

Next to your photographic output, you are also really active as a writer. Is there a coincidence between your own artistic strategies and the topics you deal with in your writings?

I think so, definitely. In my mind, each of the things I’m doing – photography, writing, curating, blogging, poetry, whatever else – serves as part of a single larger contribution I’m trying to make. Each activity reflects its given medium, obviously, but the intentions and sensibilities behind them all are fairly consistent. I like the idea that content should dictate form, and as I’ve applied it to my practice, I’ve become open to the possibility that one of my ideas might lend itself to a photo project, while another might be better suited for an exhibition, and a third might be best realized in a piece of writing – even one which takes someone else’s work as its subject. Writing about artists like Landon Metz and Travess Smalley, for example, has been a completely rewarding thing for me – not only because I love and respect what they do, but also because their underlying attitudes and concerns so often parallel my own. I consider what I’m doing writing as opposed to criticism, which for me is an important distinction. I choose who and what I talk about based entirely on my own personal enthusiasms. So when I write about these particular artists, I’m helping to translate their work to an audience, which is satisfying in itself; and at the same time, I’m afforded the opportunity to (a) examine ideas that directly affect my practice and (b) integrate those ideas further into contemporary discourse. So I definitely think of my writing projects as being related to the other things I do – they’re intended to reflect and reinforce one another.

Can you tell us a bit about your project Art Damaged? Why are you interested in the topic of vandalism?

Art Damaged is a research project documenting acts of art vandalism, with a focus on incidents that have occurred since the 18th century. It was started in April 2012 and currently exists as a blog (http://art-damaged.tumblr.com/). On a basic level, I think the topic is compelling in the same way crime stories are compelling, or any other situations in which social conventions are willfully disrupted. On that level, it’s interesting to learn about the people behind these acts, the ways in which they went about damaging a given artwork, and their motivations for doing so. Also, I’m sort of fascinated by the photos and videos that capture these events; it’s interesting to think of them in relation to other types of imagery, such as fine art documentation, crime scene photography, or photojournalism. More than anything, though, I see each incident as a moment in which the exhibition setting was jarred out of predictability and became truly dynamic – a site of criminal activity, of political protest, of personal assertion, or of simply bizarre or ridiculous behavior. I just see it as an ongoing and fairly colorful narrative within art history, and the point of the project is to lend some insight into that narrative without celebrating or condemning the acts themselves.

In addition to Art Damaged, you also blog for your projects Banana Leaves and Portalen Portalen. Does blogging affect your artistic work in some way? Is it a way of micro curating, a way of expressing yourself artistically, or both? Do you think both is possible?

Sure. More than anything, those blogs are a reflection of my research process. As I’m combing through books or online galleries or whatever else, I use the blogs to catalog the things I’ve found and want to keep in mind. As far as artistic expression goes: I do think that’s a legitimate part of it, because although the items I post are primarily other peoples’ work, I feel like when they’re viewed in context, they tend to reinforce the concepts driving the rest of my practice. So I guess the blogs are in fact an extension of my own work, and that’s part of why I do it. At the same time, though, I want them to be valuable resources for other people. I see blogging as an opportunity to contribute to any number of ongoing conversations in a fairly direct way. In drawing attention to work that I think is exceptional or relevant, I’m hoping to enhance and help elevate those conversations. It’s definitely a form of curating, insofar as you’re taking from a vast pool of information, making choices, and presenting a viewpoint. But it’s also a fairly intuitive and straightforward process, so I don’t take it too seriously.

What do you want to focus on in the future? Are there already plans for new writings, art and projects in 2013?

I’m looking forward to 2013! I think it’s going to be a productive year. At the moment, I’m working on a few different things: (a) a long essay on Landon Metz’s work, which will be included in his upcoming monograph with Shelter Press; (b) a new photography project that involves transferring images onto fabrics and experimenting with framing/presentation; and (c) a new volume of poetry. I’m also going to be doing a few different collaborative projects with some good friends, including a multi-chapter curatorial project on the subject of art documentation, as well as this weird new magazine that I’m really excited about.
Banana Leaves
Portalen Portalen
Art Damaged
Christopher Schreck Portfolio