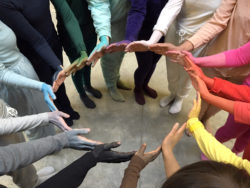 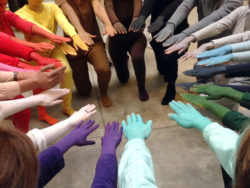 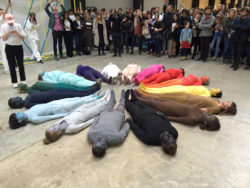 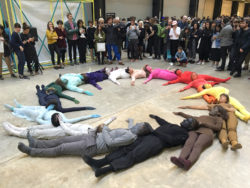 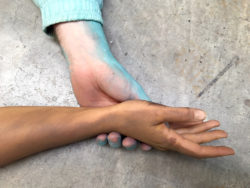 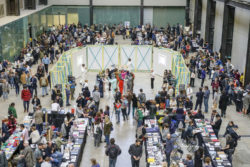 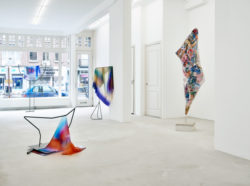 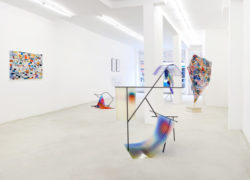 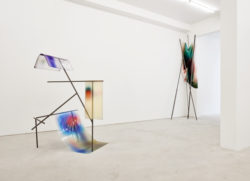 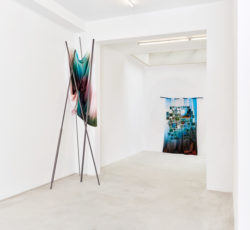 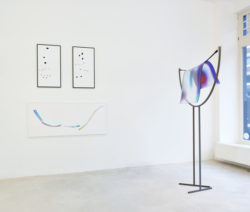 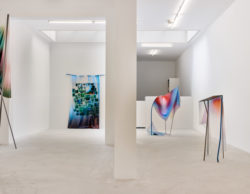 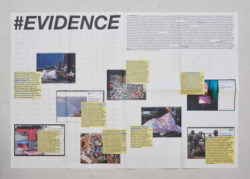 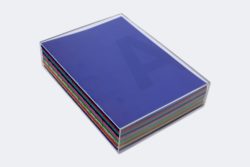 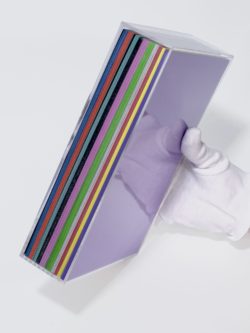 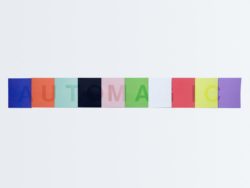 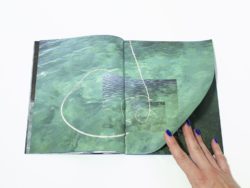 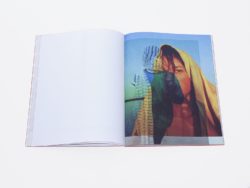 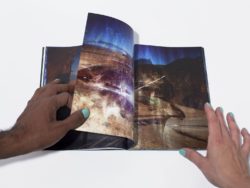 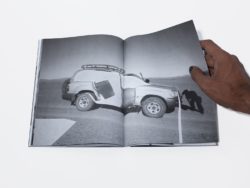 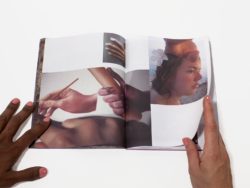 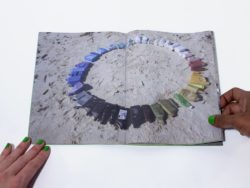 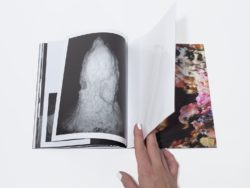 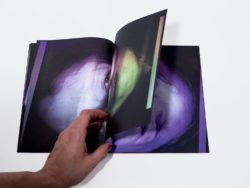 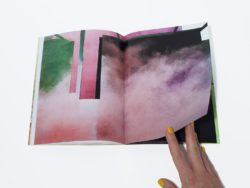 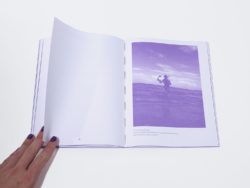 Anouk Kruithof is a Dutch artist, working between Mexico City, New York City, and The Netherlands. She has exhibited internationally at institutions such as MoMA, New York; the Stedelijk Museum, Amsterdam; Sprengel Museum, Hannover; and Multimedia Art Museum, Moscow. Her work is in the collections of Fotomuseum Winterthur, Aperture Foundation, FOAM, and the Stedelijk Museum. Anouk Kruithof is one of the five nominees of the Volkskrant Beeldende Kunstprijs 2016. Kruithof runs the publishing platform stresspress.biz and is co-creator, director and jury member of the Anamorphosis Prize.

ST: Can you tell something about the role of color in your work.
For example in your new book/object project AUTOMAGIC? And what does the title mean?

AK: I filter life through color. I hope my maneuvers while making the photos is reflected in my broad and vibrant color palette. I want it brimming with strong mental qualities, often with indeterminate hues. I tend to manipulate, filter and order with color in ways that might seem more painterly.
It’s inherent in me to juggle with color’s distinctive soul.  For example, one of my previous books, Happy Birthday to You, is printed on dirty mint-green colored paper, because that is the color I saw on most of the walls and in the isolation cells of the mental institution where I was doing the project. This color is supposed to have a calming effect on patients, just like medicine, although I think it might just be a placebo effect.
So, in this case, the specific color adds something special to the project’s content. In Becoming Blue, I used blue because of its art historical and psychological meaning. Sometimes, I deliberately remove color. The combination of black and white is a statement in itself. As colors can add something to the meaning of an image or the strong mental visual impact, they can also distract from the subject matter. Removing color in digital photography is a clear expression of this idea. As a scavenger I find calm. As you can see in some of the photos in this chapter, I made arrangements out of the continuously growing amount of un-biodegradable plastic lying around. I know it does not change things a millimeter, but it led to some good conversations.
Bellies full of plastic. Swirling seas of waste. Ecosystems destroyed. I always collect washed up plastic when I wander on the beach. Organizing things based on color creates visual meditation. I think this world we live in is chaos and we are trying to cope with this chaos by molding it into balance in a variety of ways. We are all overwhelmed with information. Ordering things on color somehow has a brain calming effect to it. Because a minimal effort is required to interpolate the visual stimuli and since our brain likes efficiency, it gives a calming effect. Personally, I am often overwhelmed with information and also with photographic material. Organizing on color has a meditative effect on me and I hope that I translate this in my work, on to the viewer.
The title of this book is a blend of automatic and magic.  It derives from the principle (often called Clarke’s third law) that any sufficiently advanced technology is being perceived as magic. AUTOMAGIC refers to the unexplainable behavior of something.

ST: Your project <connection> seems to me like a neo-spiritual ritual interwoven with social media (Instagram). What was your inspiration for this performance? Do you think it is possible to transform the energy of such a performance to the digital (social media)?

AK: It was somehow exactly about questioning whether if it’s possible to transfer physical energy to the flat surface of Instagram. At this time of spreading through digital tools the space in between the physical action and the online representation to me is a questionable and interesting space. I am thinking about it, organizing a performance such as <connection> during a busy book fair at TATE is quite experimental, because including the public to document and post is something out of my control, but I do think it worked somehow. I am thinking further on how the human emotion and the Internet is or can be connected or not. In upcoming works I will be busy with this as well, can a state of mind of our modern society become resonate and breath through the Internet or not? What’s the relation, what structures we’re seeing here? But that’s for later. <CONNECTION> was a performance and social intervention, addressing the idea of connectedness. The idea shows how color can be used to erase social features and how people’s bodies together can become a sculptural whole. The group of performers dressed in several monochrome colors formed a circle together, changing position in sync.
Through rhythm, movement and color the performance created harmony; seduced the public into spontaneously documenting it. On the SPBH Instagram account the public could upload their photos and videos by using the #makingmemeries tag. Two monitors showed the feed of this Instagram account and its ongoing activity. The feed on Instagram build a bridge between the physical (offline) and the digital (online) experience of the performance. The public and two hired documentators together became the author of the Instagram feed, blurring the authorship. The performance <CONNECTION> underlined the importance of community on and offline.

ST: In your project #evidence you are connecting the areas sculpture, photography, social media to a colorful installation. How would you describe the development of photography in your work and why it seems a steady and connecting component?

AK: For #EVIDENCE I took inspiration from the momentous book Evidence by Larry Sultan and Mike Mandel, which, when published in 1977 was ahead of its time in questioning photography-as-art and ideas of authorship. Sultan and Mandel used photographs they selected from the archives of various institutions throughout the west coast of the US, mixed together and shown in a sequence of autonomous images that formed a visual essay predicting America’s ambiguous future. Their book also served as a demonstration that the meaning of a photograph is conditioned by the context in which it is seen. I was living in New york City for about 4 years and there I developed a curiosity that she shares with Sultan and Mandel as to what America’s ambiguous future will look like. In #EVIDENCE I researched whether a similar act can be performed in a digital age where the image as pure evidence has lost its integrity. The source of imagery I chose is one with clear promotional intent and thus questionable integrity:  the Instagram accounts of various American corporations, institutions and governmental agencies. An extensive research into the complete Instagram output of 27 corporations, 15 government agencies and 11 institutions lead to a selection of around 650 screenshots that form the source of the whole new body of work.
In each of the various types of work that derived from this source material I twisted, altered, stretched and combined the photographic material (screenshots) in different ways. I did this to deliberately rob the material of its promotional intent and instead adding new, varying intentions and messages. A new merit arises, this time a less concrete, less stable and less transparent one, which to me is somehow showing the this fact we live in this quite ‘fake’ world we are all embedded on and we think it’s normal, but basically we’re all mislead all the time.

Photography is my background; even so I am not a very straight photographer. I am a photo-based artist mostly. I work with photographic material, weather this is a group of my own photos, screenshots ripped from Instagram accounts, vernacular photo’s from a collector I know, stock-photos representing stress, I don’t define hierarchy among this “sources”. Everything is image. Are humans become images too?